The Difference Between ASO and SEO 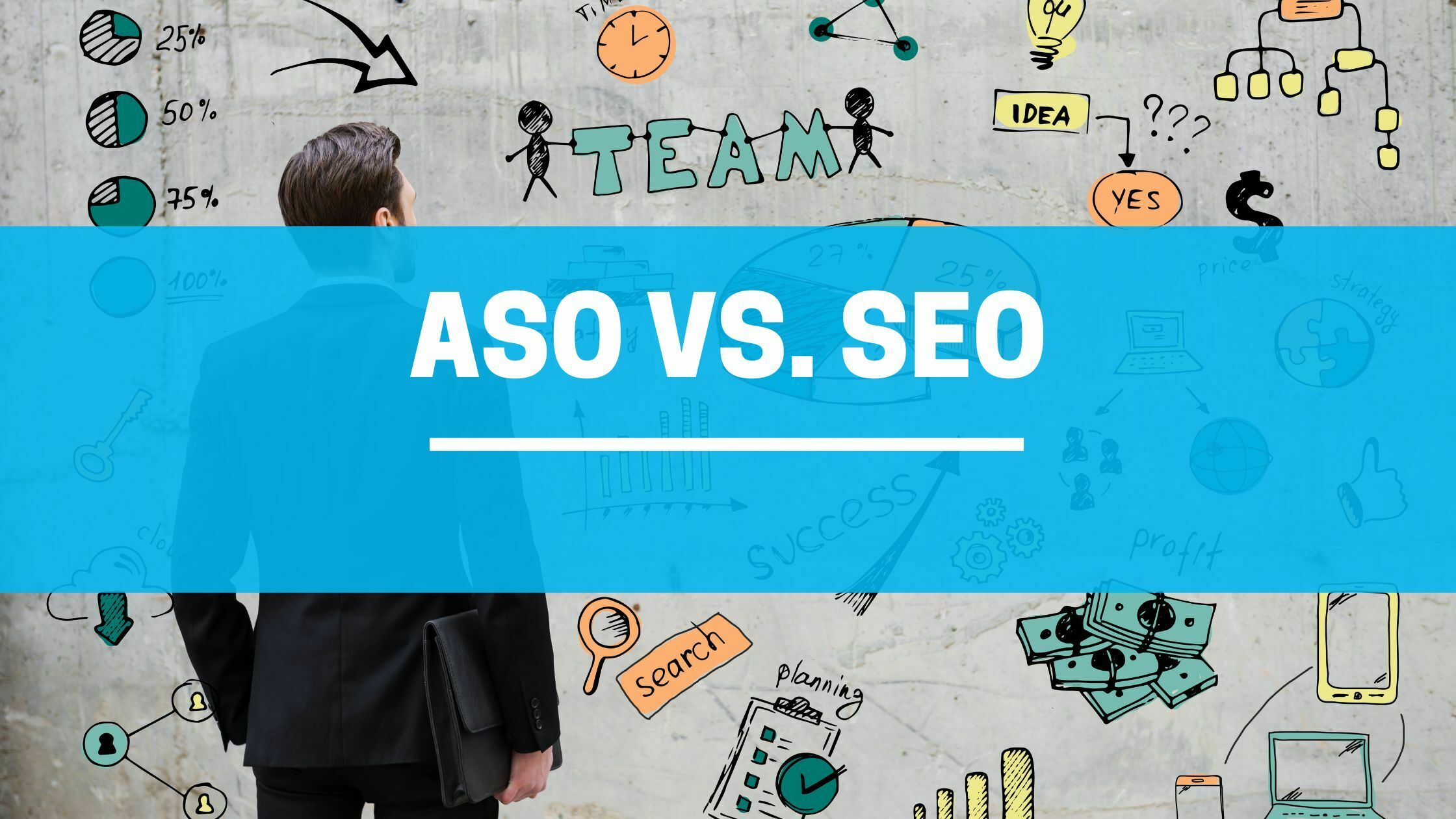 Which organic growth marketing strategy is right for your mobile app? As a mobile app creator, you want your app to be easily discoverable and rank high in app store and search engine results. This is where app store optimization (ASO) and search engine optimization (SEO) come into play. While both strategies aim to improve visibility and ranking, there are some key differences to be aware of.

Mobile app creators have a variety of tools and strategies at their disposal to optimize their apps for discoverability and success. Two of the most important and widely used strategies are app store optimization (ASO) and search engine optimization (SEO). While there are some similarities between the two, they have key differences that mobile app creators should be aware of to make the most effective use of these strategies.

One of the main differences between ASO and SEO is the platforms on which they are used. ASO is specifically used to optimize apps for app stores, such as the Apple App Store and Google Play Store. On the other hand, SEO is used to optimize websites for search engines, such as Google and Bing. This means that the tools and strategies used in ASO are tailored to the specific algorithms and criteria of app stores. In contrast, SEO tools and strategies are tailored to the algorithms and criteria of search engines.

When it comes to the tools and software available for ASO and SEO, there are many options to choose from. Some popular tools for ASO include Sensor Tower, Mobile Action, Appfigures, and App Radar. These tools provide a variety of features, such as keyword research and tracking, competitor analysis, and analytics. Popular tools for SEO include Ahrefs, SEMrush, and Moz. These tools provide keyword research and tracking features, backlink analysis, and website analytics.

How much easier is ASO compared to SEO?

Regarding the ease of use and effectiveness of ASO and SEO, there is no clear answer as to which is better. Both strategies require a certain level of expertise and understanding of the algorithms and criteria of the platforms on which they are used. ASO may be somewhat easier for mobile app creators to implement, as the content and metrics that app stores consider are more limited and specific than those of search engines. However, SEO may be more effective in driving traffic and visibility to a website, as search engines have a wider reach and consider a wider range of content and metrics.

Which is more competitive?

The Likelihood that Doing ASO Will Increase App Downloads

Implementing ASO does not guarantee that a mobile app will get more downloads. This is because the success of an app in app stores is determined by various factors, such as the app’s quality, user ratings and reviews, and competition from other apps.

However, implementing ASO can improve the chances of an app getting more downloads by increasing its visibility and ranking for relevant search terms. By conducting thorough keyword research, optimizing app metadata and visuals, and regularly tracking and analyzing app performance, mobile app creators can improve their app’s discoverability and attractiveness to potential users. This, in turn, can lead to increased downloads and success for the app.

ASO/SEO is an ongoing marketing process

Regardless of which strategy is chosen, it is important to note that ASO is not a one-time process but should be an ongoing effort to maintain and improve app rankings. This is because app stores regularly update their algorithms and criteria, and competitors are also constantly optimizing their apps. Therefore, mobile app creators should regularly track and analyze their app’s performance and their competitors to identify and implement changes that will improve their app’s ranking and visibility.

The best resources to learn about and implement ASO

Biggest Mistake Made with ASO

Many mobile app creators make the mistake of not conducting thorough keyword research or not regularly tracking and analyzing their app’s keyword performance. This can result in the app being optimized for irrelevant or low-volume keywords, negatively impacting its ranking and visibility in app stores. Therefore, mobile app creators should make sure to conduct thorough keyword research and tracking and regularly analyze and update their app’s keywords to maximize its discoverability and success in app stores.

Measuring Results For Both ASO & SEO

To measure the results of ASO compared to SEO, mobile app creators can use a combination of app store analytics, ASO software, and SEO software. App store analytics, such as those provided by the Apple App Store and Google Play Store, can provide valuable insights into the performance of an app in terms of its ranking, visibility, and user engagement in app stores. ASO software, such as Sensor Tower, Mobile Action, and App Annie, can provide metrics such as search score, chance score, and difficulty score, which can indicate the app’s ranking and visibility for specific keywords in app stores.

SEO software, such as Ahrefs, SEMrush, and Moz, can provide similar metrics for a website’s performance in search engines. These tools can provide metrics such as organic search traffic, keyword rankings, and backlinks, which can indicate the website’s ranking and visibility for specific keywords in search engines. By comparing the metrics and insights provided by app store analytics, ASO software, and SEO software, mobile app creators can measure the results of their ASO and SEO efforts, and make informed decisions on how to improve and optimize their app’s and website’s performance in app stores and search engines.

The downside to Doing ASO yourself

Unfortunately, doing ASO yourself can be time-consuming. This is because ASO involves a number of steps and strategies that require careful planning and execution. For example, conducting keyword research and tracking, analyzing competitor apps, optimizing app metadata and visuals, and tracking and analyzing app performance all require significant time and effort.

Additionally, ASO is not a one-time process but should be an ongoing effort to maintain and improve app rankings. This means that mobile app creators who do ASO themselves need to regularly monitor and update their app’s optimization efforts in order to stay ahead of their competitors and achieve the best possible rankings.

Why it is difficult to hire an App Store Optimization expert

ASO is an essential strategy for improving the discoverability and success of an app in app stores. By optimizing an app’s title, keywords, and metadata, mobile app creators can improve their app’s ranking for relevant search terms, making it more likely for users to discover and download the app.

By regularly tracking and analyzing an app’s performance, mobile app creators can identify and implement changes to their app’s optimization efforts to maintain and improve its ranking. Overall, the time and effort invested in ASO can increase the visibility and success of an app On Google Play and the App store. Why You Need To A/B Test Your App Store Screenshot Get Started
Book an Appointment!